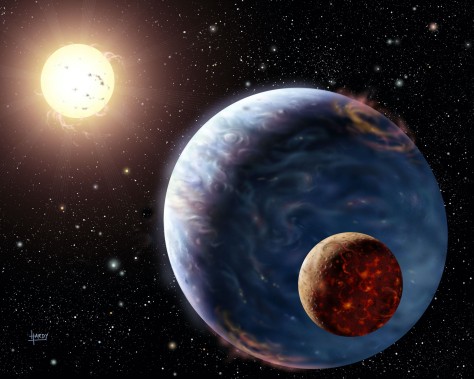 (See my other Space  related posts) – Most people have heard of the Drake Equation. This was the equation developed by Frank Drake in 1951 to predict the number of alien civilizations.

The article “There Are At Least 36 Intelligent Alien Civilizations In Our Galaxy, Say Scientists” talks a little about a new equation, the “Astrobiological Copernican Limit”.  The new equation is the development of a group of scientists at the University of Nottingham.

Based on their new equation, they estimate that there are at least 36 intelligent civilizations in our galaxy. Their study entitled “The Astrobiological Copernican Weak and Strong Limits for Intelligent Life” was appears in the June 2020 edition of The Astrophysical Journal, a publication of The American Astronomical Society.

The average distance to these proposed civilizations is 17,000 light-years. This means that communication with them or even detecting electromagnetic signals from them is impossible.

What do you think? Are we alone?

A few things that I came across this week.

The article “We Can Colonize the Moon by 2022—and for Less than the Cost of an Aircraft Carrier” raises a good point – colonizing the Moon could be done relatively cheaply (as far as government projects goes). $10 Billion spent on a 6 year project could see a colony on the Moon.

That $10 Billion sounds like a lot, but the new  aircraft carrier USS Gerald R. Ford, which is scheduled to be completed this year, is expected to cost $12.5 Billion.

Why choose the Moon, because it is a great staging location for more elaborate missions. A base or colony there could operate much in the same way the bases located on Antartica operate.

SETI announced that it will be changing it’s search pattern to include about 20,000 older, red dwarf stars. These red dwarf stars make up about 75% of the stars in the Milky Way galaxy. This decision was made because recent research has indicated that planets around red dwarfs have oceans and atmospheres. The plan is to use the Allen Telescope Array in Northern California.  This is a 42 antenna radio telescope array located about 300 miles northeast of San Francisco. SETI astronomers think the survey will take about two years to complete.

We may soon have a ninth planet again in the Solar System. Confirmation of the planet has not occurred yet, but the evidence is mounting in favor of it’s existence. New evidence stemming from the motion of objects in the Kuiper Belt imply that a heretofore unknown ninth planet may exist.

Don’t expect to get a glimpse of this new planet anytime soon. The planet, if it exists, is well beyond the Kuiper Belt (which ranges from 30 AU to 50 AU from the Sun) and is thought to have an orbit around the Sun of  about 10,000 years.

There have been a steady stream of exoplanets being announced over the past few years. In a few years the rate of announcements should increase. NASA and the NSF are working with a team of astronomers to build a new instrument, the NN-EXPLORE Exoplanet Investigations with Doppler Spectroscopy (NEID). This three year project is funded for $10 million. Unlike the other instruments being used to find exoplanets, this one will be terrestrial. When completed it will be installed at the Kitt Peak National Observatory in Arizona.

The instrument will be hunting for exoplanets by measuring the “wobble” of the sun that they orbit around. This “wobble” is caused by the gravitational affect of the orbiting planets. The amount of “wobble” will indicate the possible planet size. Once suns with “wobble” are identified, the space based instruments will be used to focus on the system for further information.

We are all still waiting to hear if we are alone. Alone in the universe that is. I came across the article “THE SEARCH FOR ALIEN LIFE IS GETTING BIGGER, WEIRDER, AND MORE CONTENTIOUS” yesterday that made me think a little more about this.

SETI (Search for Extraterrestrial Intelligence) has been going on for some years now. Only recently, however, has the technology been available to determine if there are other planets out there. There are over 1,900 confirmed exoplanets now with more than 4,600 waiting on confirmation. The sky is becoming rich with potential homes for life in the universe. As the capability of our telescopes and instrumentation improves, those numbers are sure to grow rapidly in the decades ahead.

NASA’s Kepler telescope has helped greatly with this search. The planned James Webb telescope scheduled to be launched in October 2018 will provide an even better look at what is out there.