I certainly was not looking for this store, but simple stumbled upon it as I was wondering around Paris. Variantes is a small store that overflows with games of all kinds. It can be found at 29 Rue St André des Arts. 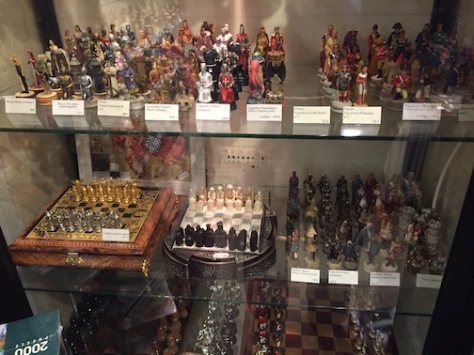 What really caught my eye was the spectacular chess sets and pieces. There are some very well done, and expensive, pieces available. A set made with these would be quite a work of art to put on display. I play chess, but my style is more in line with the cheep plastic sets than something this magnificent.

If you are into board games in general, or chess in particular, you will want to stop in at this shop if you are in Paris.

Food & Locations – I stopped by the Taschen bookstore located at 2 rue de Buci
75006 when I was in Paris. This is a relatively small bookstore that carries mostly their own publications.

This was not one of my favorite bookstores as the selection was limited. Most of their book were on the subjects of photography, pop culture, style, travel, architecture, fashion, design, cinema, and music.

See my other Food & Locations articles 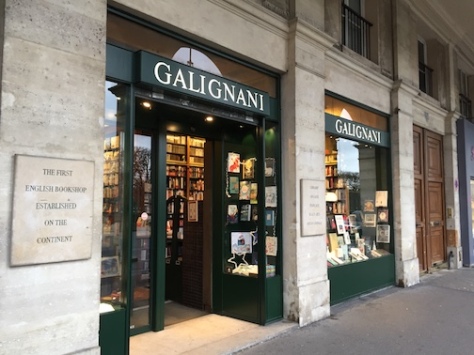 Galignani is located at 248 Rue de Rivoli, 75001 Paris, France. Galignani is the oldest English language bookstore on the European continent. The first Galignani bookstore was opened in 1801 and there has been a store by that name in business run by the Galignani family ever since then. The extensive book inventory exceeds 50,000 titles. Among its many famous customers have been Ernest Hemingway, André Malraux, Orson Welles and Marlene Dietrich.

This is another bookstore that I would recommend a visit to if you are in Paris.

I was able to visit the WHSmith Bookstore last year while on a visit to Paris. The bookstore is located at 248 Rue de Rivoli, 75001 Paris, France. The store claims to be the largest English bookstore in Paris, and from what I saw that claim has merit. It is also one of the older English bookstores dating back to 1903.

I found the shelves filled with a variety of English language books. The store claims more that 70,000 book references. The store had spacious aisles and invited you to spend some time searching through the shelves. It is certainly one of the places I would return to if in Paris again and looking for a title in English.

See my other articles about Food and Places

This is a very eclectic book store that can be found just across the river from Notre-Dame in a 17th century building with room after room of books on two floors. They also have a cafe next door. Unfortunately the weather was cold, wet and windy during my visit, otherwise there would have been tables set outside the cafe.

If you enjoy a good bookstore and find yourself in Paris, Shakespeare and Company is place you need to visit.

See my other Food and Location articles