(See my other Music related posts) – I like instrumental music. This piece ‘Rise of R’lyeh’ is a little different. It is a combination of instrumental and choral. It is also dark and definitely appropriate for Horror.

The 04:39 video was uploaded to YouTube in April of 2019 by the composer Graham Plowman. I first saw this on the Aethereal Engineer bog. I don’t think I can categorize it as ‘Easy Listening’.

Short Films – The short (7:30) science fiction film “Abe” was posted to YouTube in June of 2017 by DUST. This is a very different kind of robot story. The synopsis:

A self-aware robot seeks out love and meaning with horrifying results.

This is as much a horror film as it is science fiction. I thought that the film was very well done, but then DUST does a great job of producing these short films. I liked this film though on IMDB it only achieved a 6.7/10 rating. 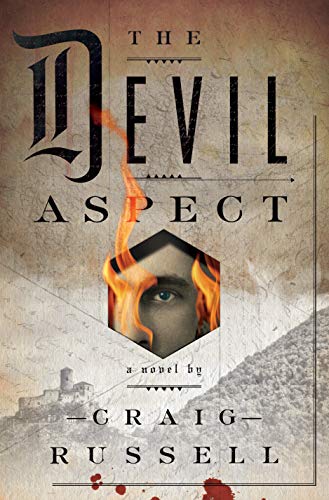 Book Reviews – “The Devil Aspect” eBook was published in 2019 and was written by Craig Russell (https://craigrussell.com). Mr. Russell has published 11 novels.

I received an ARC of this novel through https://www.netgalley.com in return for a fair and honest review. I categorize this novel as ‘R’ because it contains scenes of Violence. The year is 1935 and the story is set in Prague and the nearby Hrad Orlu Asylum for the Criminally Insane. The primary characters are the young psychiatrist Viktor Kosárek and Prague Police investigator Lukas Smolak.

Kosárek has just taken the position at the Hrad Orlu Asylum to pursue his theory of the ‘Devil Aspect’. His patients at Hrad Orlu Asylum are the countries most infamous six killers, all deemed insane. He begins his treatments and is disturbed at what he discovers. He also finds himself attracted to the young Judita Blochová the chief administrator at Hrad Orlu Asylum.

A serial killer known as Leather Apron has been operating in Prague and the police have no clue as to who it might be. Investigator Smolak has been working hard to track down the killer, but thus far has few leads. Filip Starosta is Kosárek’s friend from university but he seems to be getting more and more distant and erratic in his behavior. As hard as it is for Kosárek to believe, he begins to have concerns for his friend’s sanity. Kosárek is also hearing strange things from his patients while they are heavily drugged and under treatment. He begins to believe there is an evil there among the patients beyond their simple insanity.

I thought that the 11.5 hours I spent reading this 410-page horror/mystery were interesting. The plot was interesting to me, but I found the story to be a bit slow. It is a very dark story with a touch of the supernatural. I did like the unexpected plot twist at the end of the novel. The chosen cover art is OK, but I think something closer to the story would have been better. I give this novel a 3.8 (rounded up to a 4) out of 5.

Now I am not a big music fan generally, but I liked this as it is all instrumental. I will often play instrumental music while I am working or reading. The music in this post fits well with that use case.

In fact, you might want to check out all of the posts that the composer of the above-mentioned music, Graham Plowman, has. He has many (more than 80 at the time I write this) videos there of his music. All of his titles are based on horror, fantasy, or science fiction themes. If you want some interesting instrumental music, you might want to try them all. 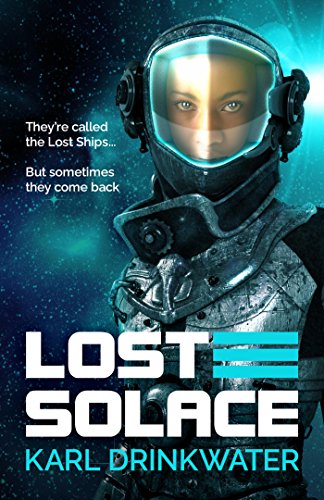 Book Reviews – “Lost Solace” eBook was published in 2017 and was written by Karl Drinkwater (https://www.karldrinkwater.uk). Mr. Drinkwater has published 4 novels. A sequel to this novel is due out this year.

I received an ARC of this novel through https://www.netgalley.com in return for a fair and honest review. I categorize this novel as ‘R’ because it contains scenes of Violence. The story is set in the far future. The young woman, Opal, has stolen a spacecraft with advanced AI capabilities. She is searching for a Lost Ship – one that has disappeared in Nullspace and suddenly returned.

She finds what she thinks is a Lost Ship and gears herself up to explore it. She doesn’t have much time. The ship is being drawn into the gravity well of a neutron star. She finds something there that she wasn’t expecting and which puts her very existence at risk. Her exploration of the ship is further threatened by the arrival of a military force. She and her ship AI, Clarissa, must find a way to survive.

I thought that the 5.5 hours I spent reading this 274-page science fiction novel were interesting. Because of the eerie setting for the novel, this is almost as much of a horror novel as it is science fiction. While I like the AI Clarissa, I am not as big a fan of Opal herself. The plot was interesting, but not outstanding. The cover art was OK. I give this novel a 3.4 (rounded down to a 3) out of 5.

Trailers – The series “Nightflyers” from SyFy will be available this December. This is a TV adaptation of George R.R. Martin’s sci-fi horror novella of the same name. The synopsis per IMDB:

A crew of space explorers embarks on a mission to find a mysterious alien ship.

I think this one will be as much horror as it will science fiction. At least that is what I take from the trailers and other media reports on the program. It will be something that I want to at least try.

Trailers – WWII – The new movie from J. J. Abrams and Bad Robot, “Overlord” is due out in November of 2018. This is a World War II movie, but with a zombie-like twist. A small group of American paratroopers find themselves behind German lines on D-Day. They come across a small French village where the Germans are experimenting to develop immortal soldiers.  The synopsis on IMDB is:

The story of two American soldiers behind enemy lines on D Day.

I’m not too sure about this film. I am not a big zombie fan. I will have to see how far into the horror genre this film goes.

Trailers – The trailer for the film “A Quiet Place” is very different. The family living in the remote farm must be quiet at all costs, thus the trailer is without dialog. Should the family make sound by accident, they will be hunted. The synopsis from IMDB:

A family lives an isolated existence in utter silence, for fear of an unknown threat that follows and attacks at any sound.

It looks interesting as a ‘horror’ movie. We’ll see how good it is when it opens in April of 2018.

Short Films – This short (2:00) frightening film was uploaded to YouTube in October of 2017 (on Halloween) by Julian Terry. The synopsis:

A young woman, alone and in bed, is woken up in the middle of the night when her Amazon Echo begins to respond to a whispered voice she cannot hear.

I’m usually not much into Horror films, but I thought this one was unusual in its use of technology. I’m sure it was a hit on Halloween night. A good film!

Trailers – “Missions” is a 10-part French science fiction / horror series released on the horror streaming service from AMC, Shudder. The dialog is in French with English subtitles. The primary character is the psychologist for the mission. The synopsis (according to Mashable):

With the funding of an eccentric billionaire, the crew of a manned craft aims to be the first to land on Mars. Much to the dismay of all on board however, just before the culmination of their 10-month journey to the Red Planet, they are made aware of a video sent by a rival ship that has overtaken them and already landed on the planet thanks to a revolutionary engine. The bad news doesn’t end there however, as the tape contains a cryptic warning from the Americans pleading with the crew not to land as something far too dangerous is happening on the surface. After a chaotic landing on Mars, the crew finds a survivor — but he’s not from their rival mission. His name is Vladimir Komarov. He is Russian. And he is the first man who died in space…in 1967.

I’m not a big fan of subtitled films as I find it very distracting to have to read the text. If you have access to Shudder the series began on September 28.