Space – I came across the article “Private companies are launching a new space race – here’s what to expect” this morning. it gives a very good overview of the companies and governments that are currently pursuing space programs.

If you are interested in space exploration, as I am, you will find this article of interest. The next decade will see many significant events if todays forecasts can be believed.

It seems that advances in robotics are being announced every day. The optical navigation system demonstrated in this video shows how the small robots aboard the ISS, SPHERES, may soon be able to navigate autonomously in zero gravity. The three SPHERES robots have been in experimental operation aboard the ISS since 2006.

There is significant long term benefits from repair to assisting humans with their jobs in space. We have all seen similar roving robotic eyes in Science Fiction video. This is a step in moving fiction to fact for future space missions. 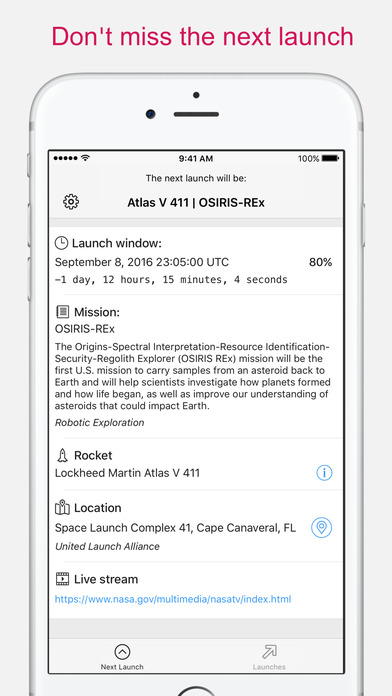 Product Announcement and Review – Independent developer, Daniel Spindelbauer has released LaunchTime – Rocket Launch Schedule 0.8 for iPhone, iPad, iPod touch, and Apple Watch devices. Available today, LaunchTime shows all available rocket launches and their details, including the mission, location, type of rocket and a link to the live stream. It will send a notification before the launch, as a reminder. 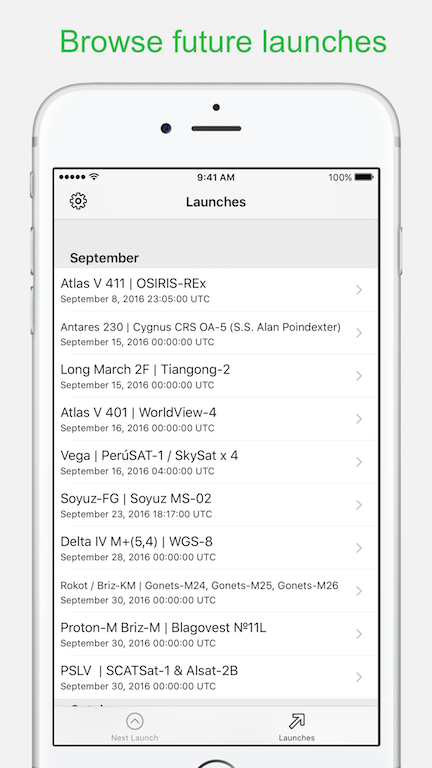 LaunchTime shows users everything that they need to know about the launches, including the live streams, location of the launchpads, details of the missions, and information about rockets. Browse future launches and get their detailed information. Always have the latest information available on your phone, so you can watch each liftoff live. It will even notify you so you won’t miss the next one.

LaunchTime is now available for free for a limited time. After the introductory price, it will be $0.99 in the US and priced accordingly in other regions. The app is available worldwide on the Apple App Store. iPad and improved Apple Watch support are planned for a future release.

LaunchTime – Rocket Launch Schedule 0.8 is free for a limited time, and is available worldwide exclusively through the App Store in the News category.

I downloaded this App and it gives a lot of information. It also allows a user to set “Dark Mode’ which I prefer to the screen shots shown above. While the announcement says it works on the iPad, I was unable to install it from the App Store there.

This isn’t an App I will use every day, but being able to look ahead at the various launches and get a link to a streaming video will be nice to have occasionally. It is also impressive to see the number and diversity of launches.

Many articles being published on space related topics. Here are a few that I thought were interesting.

This lengthy academic paper lays out a suggested procedure we should follow if we encounter other intelligent life. Key to his recommendations are: Introduction – approaching without seeming hostile; Current human protocols – encounters between terrestrial vessels;  Human History – results of encounters with indigenous peoples; and What should be in this Protocol – predictability, no hostility and communication.

Needless to say the article has generated quite a bit of discussion in the comments.

If and when humans travel again to the Moon with the intentions of setting up a camp, habitat is going to be needed. NASA, the ESA as well as private organizations are looking at 3D printing as one solution. More options to the use of 3D printing are explained in “Want to build a moon base? Easy—just print it“.

Lockheed Martin has proposed a Mars orbiting station that can be put in place by 2028. Their proposal would provide accommodations for six astronaut-scientists. The station would be build around a pair of their Orion spacecraft. More details can be read in “Lockheed Martin Outlines Plan to Send Humans to Mars Orbit by 2028“.

A similar proposal by Orbital ATK would place an outpost in Lunar orbit by the end of this decade. This proposal uses the Cygnus spacecraft that is already being used to ferry supplies to the ISS. More on the proposal can be read in “New Space Station Orbiting The Moon By 2020 Announced“.

In either of these proposals, astronauts could do extensive, remote controlled robotic exploration as there would be near real-time control. I hope that one or both of these get funded.

The next Mars Rover

The next rover is planned for Mars in 2020. NASA is well into the design of the new rover at JPL. The engineers are taking advantage of the Augmented Reality provided by Microsoft HoloLens to complete their work. Using the HoloLens, engineers can see a mixture of real-world and computer generated objects. Read more.

Here are a few more articles covering space that I thought were interesting.

SpaceX to use Most Powerful Rocket for Mars Shot

In early posts I have mentioned that SpaceX plans to send a Dragon module to Mars by 2018. The plan will be to use it to retrieve samples from Mars. They will be using the Falcon Heavy launch vehicle, the big brother to the current Falcon 9. When put into use, the Falcon Heavy will be the most powerful rocket in operation (The Saturn V used for the Apollo Moon missions was more powerful, but has been retired).

The planned soft landing on the surface of Mars using thrusters to slow the descent is untried so far. SpaceX will achieve a number of new firsts if they are able to pull this off. Read more here and here.

Three exoplanets discovered by the European Space Agency’s (ESA) European Southern Observatory with its Belgian Trappist telescope are good candidates for life. These planets orbit a relatively small, cool star and may have habitable zones. They lie only 40 lightyears away, so are relatively close.  Between the proximity and dimness of the star, the atmospheres should be easier to analyze from Earth.

While the Starliner was supposed to debut in 2017, it looks like it will now be 2018 before it’s first flight. The Boing entry was supposed to be the second space flight option to the SpaceX Dragon for transportation to the ISS and low Earth orbit.