I came across the 13:12 video “World War II: Crash Course World History” a few days ago.   While the presentation is not the most serious, this would be a good video to use in introducing WWII to kids. It was uploaded to YouTube in October of 2012 by CrashCourse. Their description of the video:

John Green teaches you about World War II, aka The Great Patriotic War, aka The Big One. So how did this war happen? And what does it mean? We’ve all learned the facts about World War II many times over, thanks to repeated classroom coverage, the History channel, and your grandfather (or maybe great-grandfather) showing you that Nazi bayonet he used to keep in his sock drawer and telling you a bunch of age-inappropriate stories about his harrowing war experiences. So, why did the Axis powers think forceful expansion was a good idea? (they were hungry). So why did this thing shake out in favor of the Allies? HInt: it has to do with the fact that it was a world war. Germany and Japan made some pretty serious strategic errors, such as invading Russia and attacking the United States, and those errors meant that pretty much the whole world was against them. So, find out how this worldwide alliance came together to stop the Axis expansion. All this, plus Canada finally gets the respectful treatment it deserves.

(See all of my Book Reviews) – Author Ugo Giannini published the book “Drawing D – Day: An Artist’s Journey Through War” in 2013. This was his only publication.

I received an ARC of this novel through https://www.netgalley.com in return for a fair and honest review. I categorize this novel as ‘PG’. This is the story of Ugo Giannini and his wartime experiences.

Giannini was an artist. He was part of a Military Police unit landed at Normandy on D-Day. Only 6 of his platoon of 37 made it ashore. He used his artistic abilities to make drawings on D-Day and throughout the war. Included in this book are some of these drawings. Most of the book consists of letters Giannin wrote to his girlfriend and family.

Most of his letters reflect his dark feelings about the war. While he was never wounded, many around him are killed or wounded.

I thought that the 5+ hours I spent reading this 196-page non-fiction book. The included drawings were good, but there were fewer than I expected. For me, the many letters became tiresome to read as they repeated his depression. I do like the selected cover art. I give this book a 3 out of 5.

(See my other Coffee &  Health related posts) – I saw the article “Is caffeine really bad for you? A doctor weighs in” earlier this month.

I like coffee so articles like this always catch my eye. The author relates the facts about caffeine she has discovered from a medical professional.

The gist of the article:

If any of those questions/answers interest you, please read the article “Is caffeine really bad for you? A doctor weighs in” for more information.

I had been planning on writing about this Incident for a while. Yesterday (March 25) was the anniversary of the Incident and the Museum staff posted the video above.

Texas had defeated the Mexican Army led by Santa Anna in 1836 to win their independence. Mexican forces continued to harass the Texans in hopes of recovering needed territory.

On March 5, 1842, around 700 Mexican who had crossed into Texas took San Antonio. They soon retreated back into Mexico. Again on September 11 Mexican troops took San Antonio. This time the force was around 1400 men. This was part of an ongoing struggle between Texas and Mexico. They were fighting over the land between the Rio Grande and the Nueces rivers.

Texas President Houston dispatched the militia on November 25 to punish the Mexicans. This was also for Dawson Massacre and for financial gain. A force of more than 700 men left San Antonio. After some initial success, the expedition was abandoned.

A group of around 300 of the militia chose to continue their raiding against orders. The privateer expedition recruited more followers from the La Grange, TX area. They headed into Mexico and contacted the Mexican Army at Ciudad Mier. This is what earned them the Mier Expedition name.

Initially, the Texans inflicted heavy casualties on the Mexicans. They surrendered after running short of supplies. The prisoners were marched back to Mexico. About 180 of them escaped, but were later recaptured.

The escaped prisoners incensed Santa Anna who ordered their execution. The United States and British diplomats interceded. Santa Anna relaxed his edict, but demanded that 1 in 10 must die.

In 1848 the bodies of those who died in the Dawson Massacre and those who drew the black beans were recovered. They were interred south of La Grange, TX. The burial site is now part of a state park, the Monument Hill and Kreische Brewery State Historic Sites. I have visited that park several times over the years. There is a monument there telling the story of the black beans.

In the Texas Republic portion of the 19th Century gallery of the Museum is a pot filled with beans. The visitors have the opportunity to draw their own bean to see if they would have survived. This is always popular with the students I lead on tours. Surprisingly, they seem disappointed when they draw a white bean.

(See my other Reading and History related posts) – I saw a Tweet today from History Extra that they were opening up their content. You can read their articles for free for the next two weeks without a subscription.

I checked them out and there are many topics covered. They have several articles and posts relevant to WWII. I’m going to be going over those in the next couple of weeks. 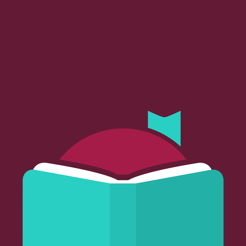 (See my other Reading related posts) – With many in self-quarantine, we are looking for ways to occupy our time. One pastime many of us enjoy is reading. Of course, that can quickly get expensive if we read many books.

I came across the article “How to read books for free on your iPhone and iPad” a couple of days ago. The article explains how to use the Libby App to borrow books from your local library. If you don’t have a library card you can even request one through the App at some libraries. The App is available on the App Store for iOS devices.

If this interests you, visit “How to read books for free on your iPhone and iPad” for a how-to on setting up and using Libby.

This morning I saw this and wanted to share it. The Medal of Honor is the highest award for the US military. This medal was introduced in the first year of the Civil War, 1861. Medal of Honor Day was begun in 1990.

There is not a law or military regulation requiring members of the military to render salutes to recipients of the Medal of Honor. However, salutes are regularly rendered as a matter of respect and courtesy. Salutes are given regardless of rank or status. A Medal of Honor winner will receive salutes from members of a higher rank. They are also rendered whether or not the medal winner is in uniform.

This is a good time to thank all of those you know who have served.

Per the National Day Calendar website, you can observe by:

Some federal, state, local, and military organizations may hold events recognizing Medal of Honor recipients. These events may be public or private. Other ways to participate include:

Most of those suggestions will be difficult this year. Many public places are shut down and people in self-quarantine this year.

(See all of my Book Reviews) – Author L. E. Modesitt Jr (https://www.lemodesittjr.com) published the novel “The Mage-Fire War” in 2019. Mr. Modesitt has published 80 novels. This is the 21st in his “Saga of Recluse” series.

I received an ARC of this novel through https://www.netgalley.com in return for a fair and honest review. I categorize this novel as ‘R’ because it contains Violence. The story is set on a fantasy world. The primary character is Black Mage Beltur.

Beltur and his wife, along with another mage and his family have traveled to the country of Montgren. The Duchess of Montgren offers them the position of Town Councilors of Haven. Of course, they must bring it out of a state of decay. Beltur and the Council face opposition from some of the townspeople.  They all soon find themselves under threat of invasion as well. They must fight for their new home

Beltur’s prior experience as a war mage and a scout is critical. His abilities are key in their struggle against the invaders. The struggle does not leave the town of Haven unscathed.

I enjoyed the 16 hours I spent reading this 538-page fantasy novel. This is the fourth Modesitt novel I have read. I enjoy this author’s work. This is a continuation of the founding story of Freehaven. I have read both of the other books (The Mongrel Mage and Outcasts of Order) in this subseries of Recluse. I have enjoyed these three novels. Modesitt weaves a good tale with rich characters. I look forward to more of his work. I like the chosen cover art. I give this novel a 5 out of 5.

(See my other Music related posts) – I learned about this music on the Aetherial Engineer Blog. The 02:40 “Paladin” was uploaded to YouTube in March of 2019 by HDSounDI. I thought it was nice instrumental music.

I read “Free apps and things to do at home during the coronavirus pandemic” this morning. That article mentions that JSTOR has made its entire library accessible to the public —without academic credentials.
JSTOR is an academic resource that contains a plethora of ebooks and journals. It provides access to more than 12 million academic journal articles, books, and primary sources in 75 disciplines. This may sound like dry reading to many. Students confined at home without access to a library may find this useful for research.
I find this of interest due to the extensive history content. My search for “WWII” on the JSTOR website resulted in 20,716 results. Searching the “Open Content” part resulted in 1170. There were more than 700 for a search on “D-Day”. Not every one of the items that appear is going to have the content you are looking for. You never know though what you may find.
See “Need Help Logging in to JSTOR?” to find out how to register.