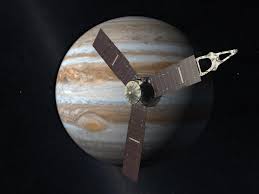 NASA’s Juno spacecraft will arrive at Jupiter on July 4, 2016. Apple Music teamed with NASA to create a short film to celebrate the Juno Mission.

If you have 9 minutes to spare, the audio/visual experience is well worth your time. 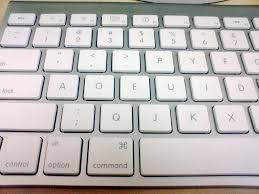 I really liked Evernote. I considered it a ‘must have’ App for Mac and iOS. It was really useful when I had a Mac, an iPad and an Android phone. Now though, as Evernote has changed and Notes has evolved, I rarely use Evernote other than to refer to the legacy content I had gathered.

I now have an all Apple environment, so Evernote is not as important as it once was. After seeing a comment about leaving Evernote by a colleague in CapMac, I decided it was time to start moving my Evernote content over to Notes.

This, I found, is relatively easy. Here is the process to follow:

I have 50 or so Evernote Notebooks, so I will be spreading the migration process out over the next few days. When I am done I will still have the content on all of my devices (Mac, iPhone and iPad – the free version of Evernote now only lets you share between two devices).

See my other Mac OS X and iOS articles

“The Revelation Code” eBook was published in 2016 and was written by Andy McDermott (http://www.andy-mcdermott.com). Mr. McDermott has published 15 novels with this being the eleventh in his “Nina Wilder and Eddie Chase” series.

I received a galley of this novel for review through https://www.netgalley.com. I categorize this novel as ‘R’ because it contains scenes of Violence and Mature Language. The novel is set in a variety of locations in the US, the Caribbean, and the Middle East. The primary characters are archeologist Dr. Nina Wilde and her British ex-SAS body guard and husband, Eddie Chase.

During Operation Iraqi Freedom, a CIA officer, Ezekiel Cross, stumbles across an amazing discovery. He is convinced that the small statue he finds is one of the four angles of the Apocalypse, and that he is now a messenger anointed by God. Over the next several years he forms a religious cult with the goal of finding the remaining three angels. He then plans to use them to bring the End of Days as foretold in the book of Revelations.

I thought that the 11.5 hours I spent reading this 482 page Thriller were, for the most part, enjoyable. I liked the plot and event though there were several other books before this one in the series, it read well as a stand-alone novel. The one thing, for me, that was a detraction was the constant sarcastic remarks that many characters made to one another. That got very old, very fast. That said, I would probably read another novel in this series. I give this novel a 3.8 (rounded up to a 4) out of 5. 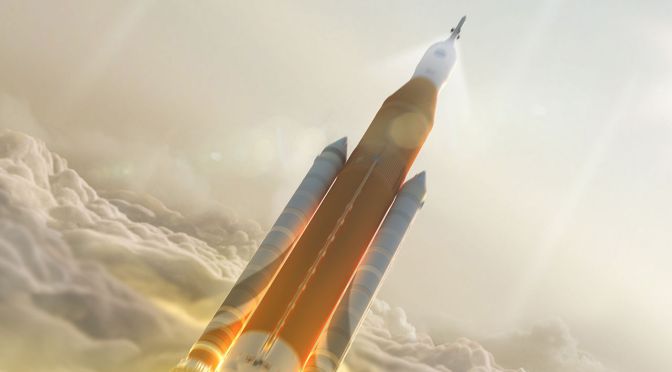 It is good to see that NASA will soon be back in the ‘heavy lifting’ business. This will open the way for new opportunities.

NASA has a new launch vehicle in the works. The Space Launch System (SLS) is a super-heavy launch system that will carry primary components of NASA’s larger missions into orbit, including astronauts and hardware for a manned Mars mission.

Today, NASA completed the final ground test of the rocket booster that will provide the lion’s share of the thrust to carry the SLS and its payloads to orbit.

The SLS is similar to the Space Shuttle in a couple regards. First, it sports a combination of solid rocket boosters and liquid fueled rockets. It also has a large tank between the boosters that holds liquid hydrogen for fuel, and liquid oxygen for oxidizer. The similarities stop there. Instead of a big space ship riding on the back of the tank, the payload sits atop the whole stack. It is a much more traditional approach, but one…

Education is important, particularly continuing education. I am always looking for new ways to keep up and learn. I came across Highbrow a short time ago.

Highbrow offers relatively short (10 lesson) courses on a variety of topics. The lessons are short (about 5 minutes in length) and they are emailed to you over a 10 day period. Obviously these are not in-depth courses, but they do offer a quick overview of a subject.

The short lessons and short duration of the courses means that you can try several without the effort significantly encroaching upon your busy schedule. While I would not recommend this avenue if you seek expertise in a subject, I do think that Highbrow offers a unique offering.

I have finished one course and I am in another now. I have also identified a few others that I plan to take in the future. Fortunately, Highbrow seems to be adding a handful of new courses each month so I will not soon exhaust their offerings.

If you are interested in continuing education, this is a great way to expand your knowledge without committing a large amount of you time.

I’m an avid reader. I came across “The Most Popular Book the Year You Were Born” today. The slide show in that article covers the most popular books every years since 1930. I thought it was interesting to look back and see what was popular over the past few years.

I have been maintaining a list of free software for iOS, tvOS and OS X. You may find some of these programs of interest. Those titles which are NOT games are marked by “***” at the beginning of the description. I have also attempted to mark which Apple OS the title is targeted at (iOS, OS X, tvOS).

This is NOT a curated list. All I know about these titles is what you see below. None have been tried or tested.

“Skyjacked” eBook was published in 2016 and was written by Shirley Golden (http://www.shirleygolden.net). This is Ms. Golden’s first novel.

I received a galley of this novel for review through https://www.netgalley.com. I categorize this novel as ‘PG’ because it contains scenes of Violence and Mature Situations. This novel is set in 2154 when humanity has spread to the stars. The primary character is Corvus Ranger, a pilot with his own ship that operates just on the line between the law and being a criminal.

On a legal run transporting prisoners to the Europa prison colony, Ranger and his ship are taken over by escaping convicts. He is forced to pilot them far from Earth on a mission he does not understand. In addition to Ranger, there are Isidore, Shai, Josh and Bryce, inmates on Europa who are escaping. Warren and Janelle are among those Ranger had been transporting. Now the seven are on the run together.

Ranger is not happy at having his ship taken, but most importantly he is mad at Isidore and the others for keeping him from seeing his 10 year old son on his birthday. He had promised to be there and, for once, he had intended to keep his promise to see his son and estranged girlfriend.

As they encounter a few dangerous situations along their journey, secrets about the various passengers come out. Not all are as they first appeared to be. They also discover secrets that the “Core” (government) has been keeping from its citizens.

I enjoyed the 8+ hour I spent reading this 265 page Science Fiction novel. The characters were an interesting mix that made me think of the crew of “Firefly”. I liked the plot, but was surprised when the authored wrapped it up rather than laying an obvious path to a sequel. The Ranger character was not one of my favorite heroic characters. He would not be a person I would choose to befriend. I give this novel a 4 out of 5.

GoT – Well Season 6 of Game of Thrones is over, and it ended with a literal ‘Bang’. I read all of the books Martin has published so far and of course I have watched all six seasons on HBO. I have thoroughly enjoyed both.

I came across the article “Relive All 59 ‘Game Of Thrones’ Episodes Through HBO’s Badass Posters” today that includes a poster developed for each of the episodes up to this season’s finale. I liked several of these and may try to print a few for my office wall. I thought that many of you would also be interested.

There has been so much in the news regarding space that I have been challenged to keep up with it. These are some of the more recent items that I thought were interesting.

This is a new planet that astronomers have been predicting. It is believed that the orbit is 10 times farther from the Sun than Pluto. There is still not solid proof, but the evidence is mounting in the favor of a new planet. The indicators are that it may well be an exoplanet that was captured by our sun from another star millions of years ago.  Read more here, here and here.

We all know that astronauts must have space suits. SpaceX turned to an unusual source of their yet to be revealed design, Jose Fernandez and Ironhead Studio. Fernandez has been the one who has created the ‘superhero’ outfits seen in recent movies. The new space suit is said to be ‘stylish’ and ‘heroic’, though we will apparently have to wait until 2017 to see it for ourselves.

In “A leading physicist says it’s ‘childish’ to think there are no aliens” the arguments of Carlo Rovelli as to why aliens are out there are detailed. In short the universe is so large, with so many stars, it is impractical to think that intelligent life only developed on Earth.

In May of 2016, NASA announced that it has discovered another 1284 planets using Kepler. This brings the total exoplanet count to 2325. Not all in the habitable zone, but there are candidates that could support life. These and as yet confirmed exoplanets will form the target for future searches for life as we know it. Read “NASA just discovered 1,284 new planets — here’s how many could potentially support life” for more details.

In “Even with sci-fi tech, it may be impossible to explore the known universe” the limits of what humans may be able to practically explore of our universe  is suggested. Due to the constant expansion of the universe, we probably will never – even if we discover ‘Warp’ drive – be able to get to many of the other galaxies that we can see. We may be limited to exploring the Milky Way, Andromeda and 50 dwarf galaxies. Yet with that limitation, there will be billions of stars within our reach.

I am not talking Disney here, but planets. The 955 mile diameter 2007 ORIO has been declared the third largest dwarf planet in the Solar System by NASA. Snow White is not the official name, but stems from the surface ice. The orbit is slow at 548 years and the small planet has 45 hour long days.