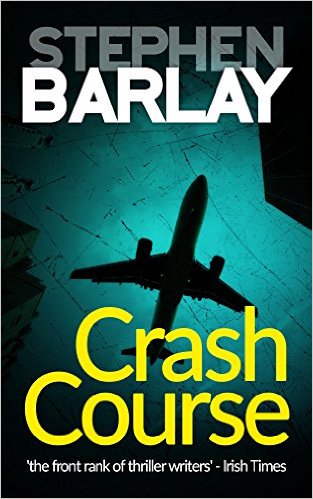 I received a galley of this novel for review through https://www.netgalley.com. I categorize this novel as ‘G’. Not sure if I should call this a Thriller or a Mystery. Really neither in my estimation.

Pilot of passenger aircraft aborts takeoff at last moment and crashes the plane at the end of the runway. A crew member and a passenger are killed along with a young boy on the ground. As the investigation begins, there seems to be none of the aircraft problems that the pilot reported as causing the crash.

I thought this might be an interesting book . . . I was wrong. I spent a little over 2 hours reading this novel and got to about 31% of the way before I just had to give up and call a ‘Rule of 50’ on it.

Several characters were written about, some which seemed to have no connection to the crash. The only action scenes were contained in the few pages describing the crash itself. At more than 30% of the way through the novel I still had no idea what the plot was. Yes there was a crash and an investigation. There was no hint yet at any sabotage nor anyone wanting to cause harm to the aircraft or the air lines. I feel like I wasted two hours. I give this novel a 2 out of 5.